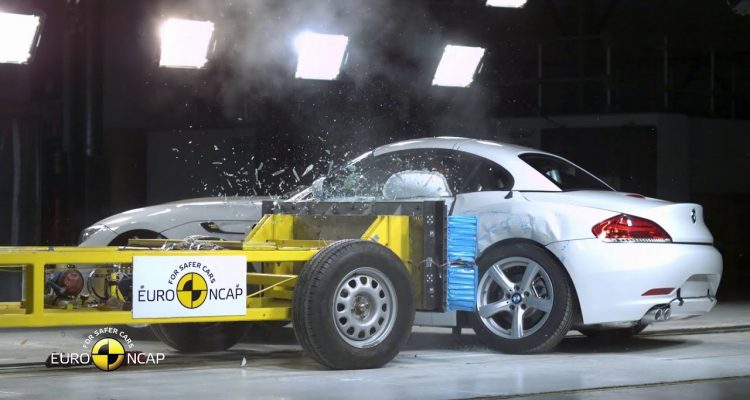 Crash testing of a vehicle plays an important role in minimizing the losses such as deaths, injuries, and property damage from vehicle crashes. A crash test for passenger(s) safety is a type of destructive testing which ensures the standard of safe construction and crashworthiness. There are several types of tests that are performed to provide the necessary information about the safeness of the car’s owner.

Global NCAP (Global New Car Assessment Programme) is a project towards car crashworthiness, which is basically crash testing of a car and reporting the results. Every NCAP has its own protocols to test and score the cars. The score is given in the form of stars, where 5 Stars rating is the most significant and the 0-star rating is the least significant.

Global NCAP ratings are based on front offset crash tests only, which is basically a head-on collision between two cars. Only 40% of the car’s bumper collides with the barrier (capable of deformation) with a speed of 64 kmph. This is similar to a crash between two cars of the same weight moving at the same speed. On the other hand, Euro NCAP conducts full-frontal, front offset, side-impact, and side pole tests.

As per the Indian government latest safety norms(applicable to all new models since October 2017) A car must meet frontal offset and side impact crash requirements to be eligible for sale. Global NCAP focuses on the mass market models and they bring the cars directly from the showrooms . It uses baseline models of the car to demonstrate a baseline level of safety a buyer gets on the cars in the base trim.