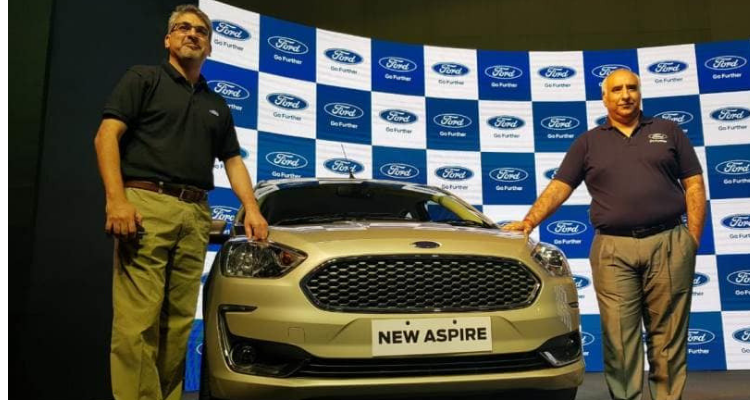 Today The Ford has launched the facelift of Ford Aspire in India. The 2018 Ford Aspire facelift has been launched at an initial price of Rs. 5.55 lakh (ex-showroom, Delhi). 2018 Aspire would be available in both petrol and diesel engine options. It is offered in a total of five trims – Ambiente, Trends, Trends+, Titanium, and Titanium+. Bookings for the car have been started for more than a week and delivery will start from today. In India, it will compete with the rivals including Maruti Suzuki DZire, Honda Amaze and Volkswagen Ameo.

The diesel variant is powered by 1.5-litre TDCI diesel engine. The 1498 cc, four-cylinder oil burner generates max power of 99 bhp at 3750 rpm and a peak torque of 215 Nm between 1750 to 3000 rpm. The diesel engine comes mated with the same 5-speed manual gearbox as standard.

The 2018 Ford Aspire facelift gets a new face sporting a honeycomb pattern grille with revised headlamps cluster. The front bumper is also new and comes with a handlebar-moustache-like black design element housing the central airdam, round foglamps and C-shaped chrome elements on either end. The Aspire facelift also gets updated ORVMs, new multi-spoke alloy wheels, while the rear features a pair of revised taillamps with a thick chrome slat on the boot lid, connecting the two light units. 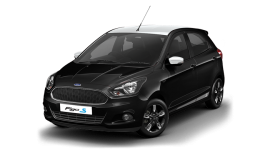