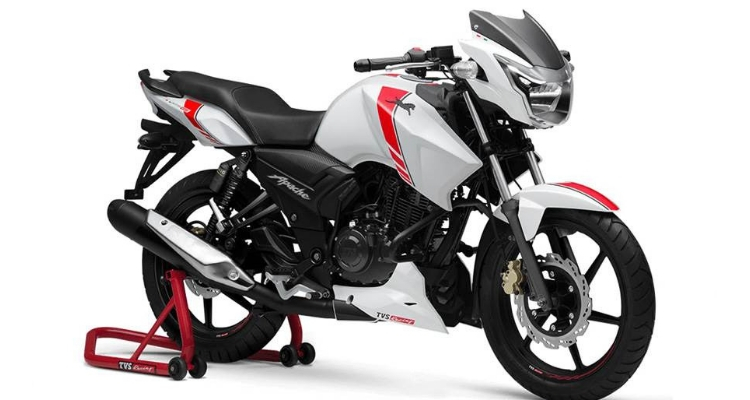 The updated Apache RTR 180 comes with a crash guard with integrated frame sliders, new race inspired graphics, a forged handlebar end weights and Alcantara-like finished seats. It is packed with an updated instrument cluster and comes with a back-lit speedometer with dial-art.

The motorcycle is powered by the same 177.4 cc over-square, 2-valve, single-cylinder engine which generates a max power of 16 bhp at 8500 rpm and apeak torque of 15.5 Nm at 6500 rpm. The engine is mated with a 5-speed gearbox. The company claim that the bike can attain the max speed of 114 kmph.

For suspension, there are telescopic forks up front and gas charged dual shock absorbers at the rear, while braking power comes from disc brakes either end with ABS as optional. The motorcycle is available in five colors – Pearl White, Gloss Black, T Grey, Matte Blue, and Matte Red.

With the MY2019 update, the TVS Apache RTR 180 is good the next two months till a comprehensive new model goes on sale. Slotting between the RTR 160 and 200, both of which are all-new offerings, the 180 retains the old design of the Apache series that many still find appealing.