The Season 9 of ‘Kaun Banega Crorepati’ is ready to start and here is a chance for the audience to fulfill their dreams. Datsun India has partnership with Sony Entertainment Television for a special segment on its popular quiz show Kaun Banega Crorepati (KBC) hosted by Amitabh Bachchan. All can see in promo Mr. Bachchan is celebrating the spirit of young Indians overcoming the challenges experienced by average people.

Starting from August 28, during the special segment of show ‘Jio Ghar Baithay, Jeeto Jackpot’ a question will be asked which gives a chance to all television viewers from across the country the opportunity to win a brand new Datsun redi-GO. Viewers from all over India can participate via SMS in a prescribed platform and 30 lucky winners who provide the correct answer stand a chance to win a Datsun redi-GO car over 30 episodes.

Jerome Saigot, vice president, Datsun India said, “We are excited to be reaching out to people through one of the most popular programs on television today. The Datsun brand resonates with the aspirational sentiments of the show, and our engagement with KBC will encourage viewers to #VoteForMorePower and make Datsun redi-GO a part of their family”.

The partnership with with Sony Entertainment is an extension of Datsun’s #VoteForChange campaign. #VoteForChange campaign inspires people to ‘declare independence’ from compromising on their car purchases among very few choices in the small car segment. After including 1.0-liter i-SAT engine the Datsun redi-GO is a good combination of style, power, and convenience.

In this contest 30 lucky winners will win a Datsun redi-GO over 30 episodes during the ‘Jio Ghar Baithay, Jeeto Jackpot’ segment 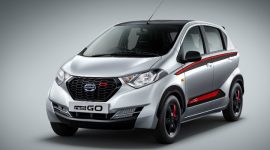 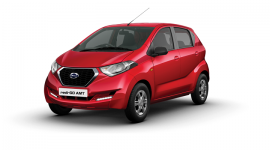