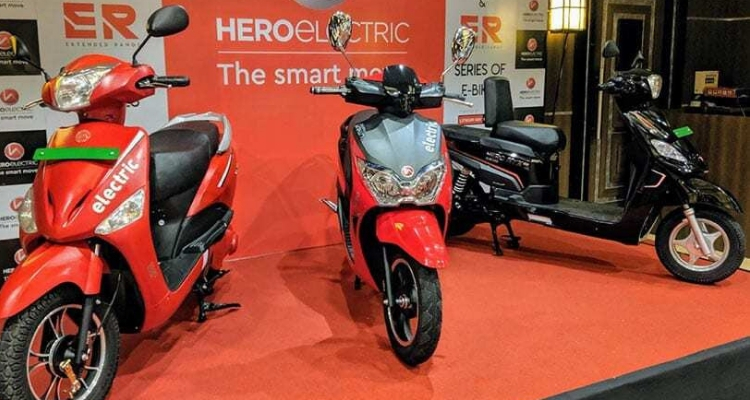 Hero Electric has launched its new Dash e-scooter in India. The Hero Dash electric has been launched at starting price of Rs. 62,000 (ex-showroom, India) for the Low-Speed variant. Hero MotoCorp had showcased the Dash concept 110 cc scooter back in 2014 with the launch of Maestro Edge scooter in the market. The Hero Dash though is all-electric and is not related to that concept. The Hero Dash- comes with a bunch of premium features loaded compared to the other models in the company’s range. In addition to the Dash, the Hero Electric also recently launched the Optima ER and the Nyx ER extended-range variants as part of its High-Speed series, which are priced at Rs. 69,721 and Rs. 69,754 (all prices, ex-showroom India) respectively.

Commenting on the launch, Sohinder Gill, CEO, Hero Electric India said, “Hero Electric is determined to deliver the best of electric two-wheeler mobility options to eco-conscious customers who prefer smarter mobility solutions. The all-new Dash is our latest and most lucrative offering that offers style, practicality, performance with a powerful Li-Ion battery that is portable and reliable, and I am certain this will appeal to people of all age groups. As always, we will continue to bring in new and better products and are always listening to customer feedback.”

The Low-Speed series limits the top speed on the electric scooters. The new e-scooter uses a 48 volt 28 Ah lithium-ion battery which can go up to 60 km on a single charge. The battery takes four hours in full charging using fast charging and has a top speed limited to 25 kmph. The new e-scooter has been designed to Indian roads with a ground clearance of 145 mm, while the scooter comes loaded on the features including LED headlamp with daytime running lights, digital instrument console, USB charging point, tubeless tyres, remote boot opening and more. Alternatively, the Dash will be offered with the Lead-Acid battery that is expected to be priced between Rs. 45,000-50,000.

The design theme of the Hero Dash looks bold and has a nice presence with the twin headlamps, angular body panels, and a nice dual-tone paint scheme. The scooter rides on black alloy wheels along with a black grab rail. The Dash electric scooter comes with a three-year warranty on the lithium-ion battery, which is replaceable for free if the battery drops below 80 percent within three years. There are 615 dealerships available around India and company plans to expand up to 1000 outlets by the end of 2020. The company also plans to expand heavily in the next three years, with plans to ramp up production to five lakh units annually.