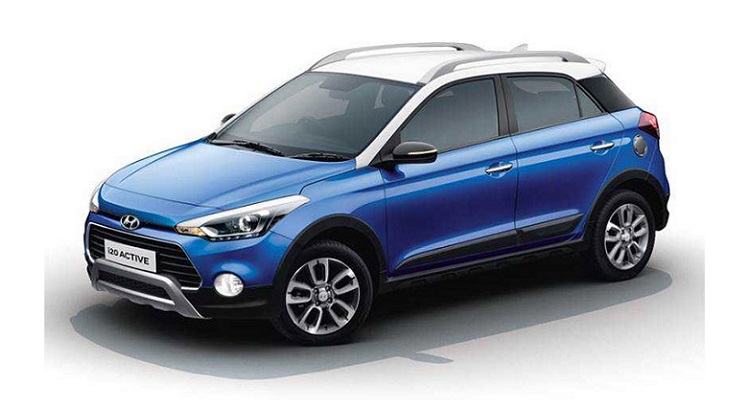 Today Hyundai launched facelift of its strong seller crossover the Hyundai i20 Active in India. It was Showcased at the Auto Expo 2018 and today it has been launched. The facelift of Hyundai i20 Active has been launched at starting price of Rs. 6.99 lakh and goes up to 10.01 lakh. The petrol version of i20 Active starts from Rs. 6.99 lakh and going up to Rs. 8.66 lakh for top trim while the diesel version starts from 8.96 lakh and goes up to Rs. 10.01 lakh.

The new i20 Active comes with updated rear bumpers, a completely new front grille and the tail lights are also new. It comes with all new blue and white dual tone exterior paint option which gives the i20 Active an altogether new look. The front bumper gets a silver bull bar-like strip. The front and rear fog lamps also surrounded by silver with a matte black strip at the bottom of the boot lid. The new i20 Active looks unique with new the LED DRLs.

Cabin is equipped with a new grayscale-themed infotainment system just similar to Hyundai i20. The dashboard is decorated with blue shades on the side AC vents, seats and gear knob. The upholstery remains similar to the one on the i20.

The new i20 active is almost Rs. 1.9 lakh more expensive than the new Ford Freestyle so it can face a good competition.