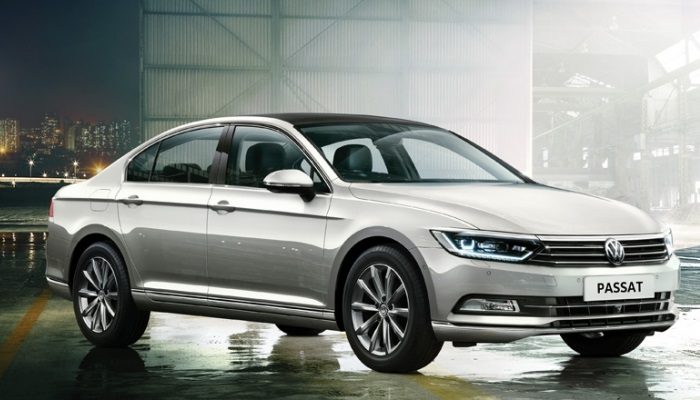 finally Volkswagen has launched much awaited new generation of the Passat in India. new generation Passat has been launched at price Rs. 29.99 lakh (ex-showroom, New Delhi). The Passat will be available in two variants and hybrid variant is not coming to India. Passat has already unveiled at Paris Motor Show (2014). Passat is just following the design pattern of new Volkswagen cars. The Passat is based on the same MQB platform as the Tiguan SUV which has been launched few months back. The wide stance and the sharper design makes it premium. The MQB platform based Passat features sharper styling, a larger cabin as well as increased boot space in comparison to its predecessor. 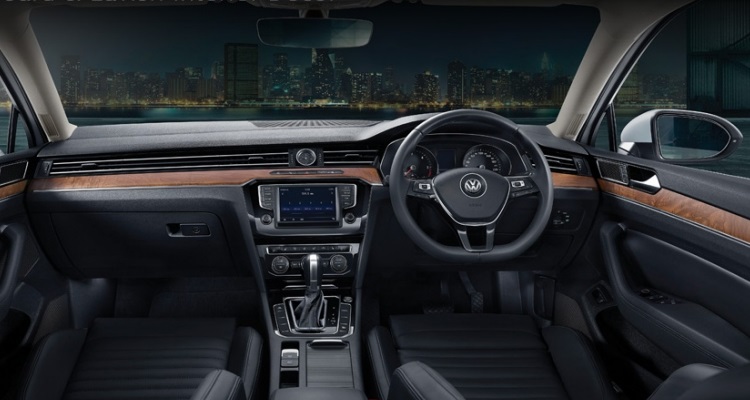 The new Passat comes with a longer wheelbase and a lower body in a good proportion. At front the new Passat features a wide triple-slat grille, LED headlamps with signature DRLs. The overall design looks premium and hassle-free. The new Passat is 2 mm shorter, but gets a 79 mm longer wheelbase still the car looks longer. While appling the breaks the up level LED taillights of rear change their graphics from horizontal to vertical. The new Passat 14 mm lower than the previous model so it gets shorter overhangs. 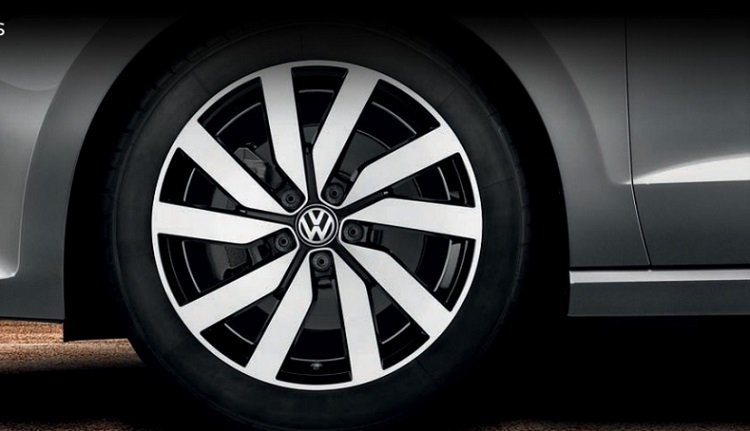 The cabin is simple smooth and beautiful. It comes with the touchscreen infotainment system on the center console with Apple CarPlay and Android Auto. The new Passat features new Park Assist, Head Up Display (HUD) unit, and a host of new safety features on board.

The new Passat is powered by 2-litre TDI four-cylinder diesel engine which generates max power of 174 bhp. Engine is mated with a 6-speed DSG automatic transmission. Manual transmission would not be available.

The new Passat can give a healthy competition to Toyota Camry, Honda Accord and Skoda Superb.