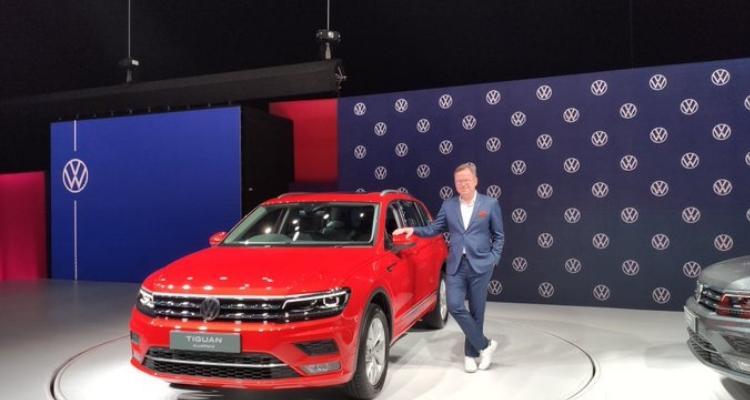 The Volkswagen Tiguan AllSpace will be available in the petrol version and the engine is powered by a turbocharged 2-litre TSI engine which generates a max power of output of 187 bhp, and the engine is mated to a 7-speed DSG automatic transmission as standard. Volkswagen is also providing the 4-Wheel drive option for the SUV.

Visually, the Volkswagen Tiguan Allspace comes with the same design and styling similar to the 5-seater model. The new model is slightly longer and redesigned the rear section. The changes include a slightly bigger rear spoiler in a glossy black shade instead of the body-colored one on the Tiguan and a revised rear bumper with more glossy black treatment for the underbody cladding and horizontal dual exhaust ports. The SUV also gets a sportier front bumper and a tweaked grille and new LED headlamps upfront, along with a set of new dual-tone 17-inch wheels.

Inside the cabin, space is good and elegantly designed as well. It comes with a panoramic sunroof which adds to the sense of space inside the cabin. The sleek and innovative Active Info Display lets you access important information at a mere glance. The Tiguan AllSpace comes with the keyless entry as well and the Vienna leather seats add to the comfort levels. The Tiguan AllSpace also comes with 3-Zone Climatronic AC which lets the driver, front and rear passengers choose the temperature that suits them.