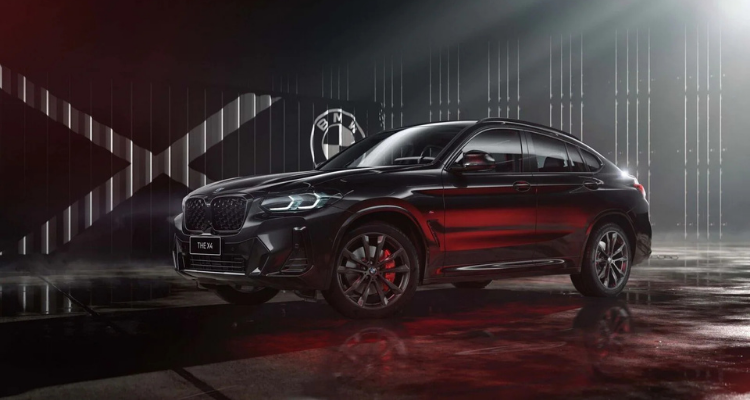 2022 BMW X4 coupe SUV has been launched in India at starting prices of Rs. 70.50 lakh (ex-showroom, India). The updated BMW X4 will be offered in two variants – a petrol-powered X4 xDrive30i, and a diesel-powered X4 xDrive30d, which is priced at Rs. 72.50 lakh. Last year The BMW X4 facelift made its global debut. The SUV is locally produced at the BMW Group Plant in Chennai, and it will be available at all BMW dealerships across India from today.

Commenting on the launch of the updated X4, Vikram Pawah, President, BMW Group India said, “The BMW X4 popularised the distinctive Sports Activity Coupe concept in India.” He further added, “Now the new BMW X4 is ready to continue this status in its segment with a refreshed exterior and an attractive profile with multiple technology features. Its forever bold persona will make a statement that’s impossible to forget.”

The M High Gloss Shadow line treatment can also be seen on the profile like the mid pillars, window recess cover, side-view mirrors, and roof rail. The SUV comes with 20-inch light M alloy wheels double-spoke and M Sport Brakes with red callipers. The rear section is redesigned and gets body-coloured bumpers, which are also new. The slim wraparound LED taillamps have also been tweaked. The X4 now comes with a bigger tailgate, and a wide free-form tailpipe in black colour.

The cabin has also received a makeover and looks a lot more upmarket now, featuring new Sports Seats which can be electrically adjusted and come with memory function. Even the rear seats now get a reclining function. The centre console is also new, and we also get new M headliner anthracite and M leather steering wheel with ‘Walknappa’ black with black stitching and M logo. Other features include a panoramic sunroof, ambient lighting, 3-zone automatic climate control, and welcome light carpet. The sharper cockpit is more driver-focused now, comes with BMW Live Cockpit Professional, which includes 3D Navigation, a 12.3-inch digital cluster, a 12.3-inch infotainment system, and a BMW Head-up Display.