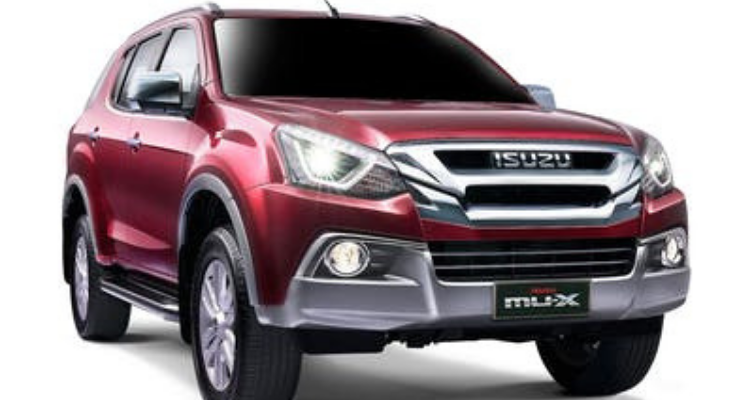 The Isuzu has launched the facelift of Isuzu MU-X in India. The 2018 Isuzu MU-X facelift has been launched at a starting price of Rs. 26.34 lakh for the 4×2 version and goes to Rs. 28.31 lakh for the 4×4 version (all prices ex-showroom, Delhi). Back in 2017 Isuzu launched its flagship SUV, the Isuzu MU-X which was a replacement of older SUV, the Isuzu MU-7. The new 2018 MU-X Facelift gets a bunch of cosmetic updates along with few new features. Mechanically it is same as the previous version.

Under the hood the Isuzu MU-X facelift is powered by a 3.0-litre diesel engine which generates max power of 174 bhp and a peak torque of 380 Nm. The engine is mated to a 5-speed automatic transmission as standard. In South East Asian markets the MU-X facelift was launched with a downsized engine of 1.9-litre diesel.

Visually the 2018 Isuzu MU-X gets a bunch of updates. Now the SUV comes with a new grill flanked by a pair of more aggressive-looking headlamps with projector lens and LED daytime running lights.At the front The MU-X facelift gets a more aggressive fog lamp design with dark chrome eyebrow-like inserts. The SUV also gets a set of new twin-five-spoke alloy wheels along with a large roof spoiler at the rear, new bumper styling and revised taillights.

The cabin is also updated with few new features including new upholstery for the seats. For safety the updated Isuzu MU-X new offers six airbags as standard.

The updated version of Isuzu MU-X will compete with the rivals including Ford Endeavour, Toyota Fortuner, and the recently launched new-gen Honda CR-V. 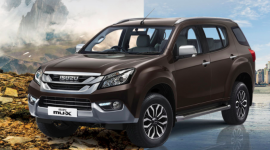