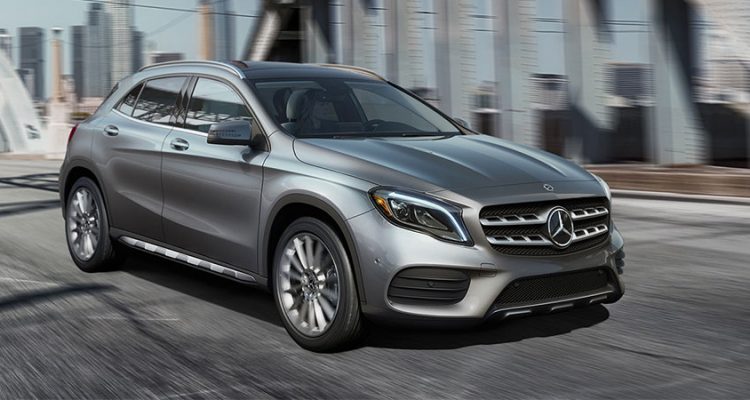 In India The GLA facelift(2017) is the first mid-lifecycle update for the GLA. For sure it will help the product to retain its popularity in the segment. It will compete against the Audi Q3 facelift and the new generation BMW X1 which were introduced in India last year. The GLA facelift is available in two variants Style and Sport in both the petrol and diesel.

The GLA facelift(2017) comes with tweaked bumpers up front along with a new grille. It also gets chain-link chrome elements which give it a bolder, sporty and meaner look. The front bumper has also been to look sharper to make it bigger air intakes as well.
It resembles with the GLC and looks like a smaller version of the big SUV. The GLA facelift(2017) comes with new LED headlamps and sharper LED daytime running lights.

The interior remains similar to the privious model except few new features like subtle updates to the instrumentation clustersome and new equipment like an 8-inch infotainment system along with chrome bits thrown around inside the cabin. Music system is compatible to ios ans adroid both.