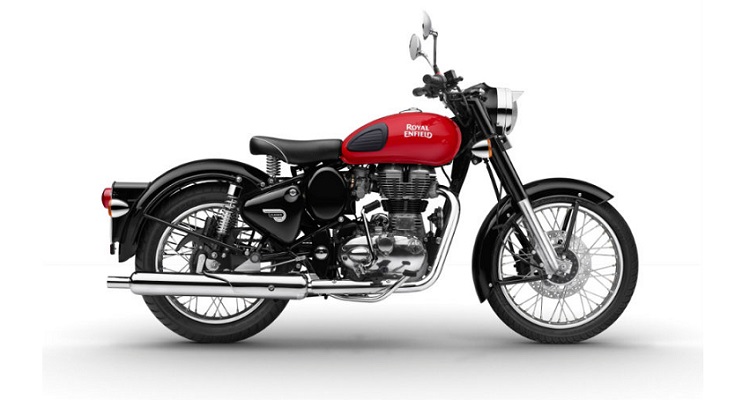 now the Royal Enfield Classic 350 Redditch series comes with a 240 mm disc with a single-pot calliper just to improved braking performance. The company used the same unit as used in the Classic 500 and Classic 350 Gunmetal Grey versions. For front break system it already uses a 280 mm single-disc up front with a 2-piston calliper.

The Royal Enfield Classic 350 Redditch edition is powered by the same 346 cc single-cylinder, air-cooled engine which generates max power of 19.8 bhp at 5250 rpm and a peak torque of 28 Nm at 4000 rpm. The engine is mated with a 5-speed gearbox. The Classic 350 Redditch series is available in three colours – red, blue and green. The colours gives a premium look the fuel tank on the special edition motorcycle. Suspension duties are performed by telescopic forks up front and twin shocks at the rear.