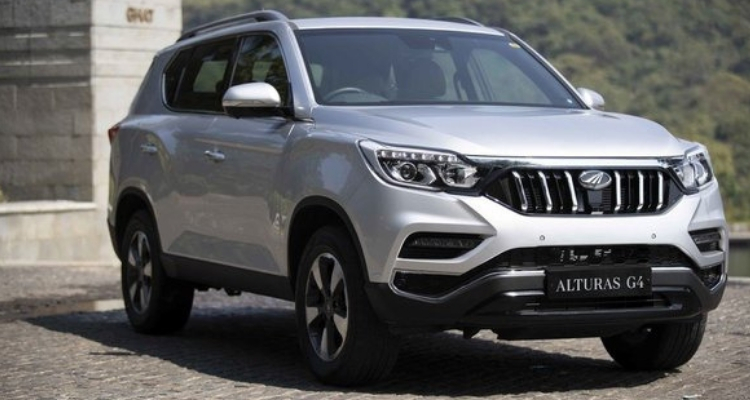 At first, we saw the SsangYong G4 Rexton at the Auto Expo 2018 which was the display version of the Alturas G4. These are almost similar with few changes. The main differences are the new grille with a bold and attractive Mahindra signature logo. The all-new Alturas G4 SUV comes with HID headlamps with integrated LED daytime running lamps, along with an aggressive front bumper which comes with a second set of LED DRLs which act as cornering lamps as well.

Under the roof, the all new Mahindra Alturas G4 is powered by a 2.2-liter, four-cylinder, BS-6 ready diesel engine which generates 178 bhp at 4000 rpm and a peak torque of 420 Nm at 1600-2600 rpm. The engine is mated to a 7-speed automatic transmission. The new Mahindra Alturas G4 has not been announced in the petrol version yet.