Maruti Suzuki has launched sporty variant of Ciaz named as Ciaz S. Introductory price of Ciaz S is Rs. 9.39 Lakhs (Ex. Showroom, Delhi). Ciaz S would be available on NEXA outlets. Basically Ciaz S is based on the Alpha variant of Ciaz. It comes with both petrol and diesel variants. It also comes with many sporty elements inside and outside.

Presenting the Ciaz S to Maruti Suzuki’s valued customers, Senior Executive Director (Marketing and Sales), Maruti Suzuki, Mr. R S Kalsi said, “Ciaz has established itself as one of the most progressive brands of Maruti Suzuki and has sold over 1.70 lakh units of Ciaz cumulative since its launch in October 2014. Introduction of Ciaz S will further strengthen the position of Ciaz in the market by catering to the requirements of a younger yet premium customer who believes in the sporty spirit of life.” 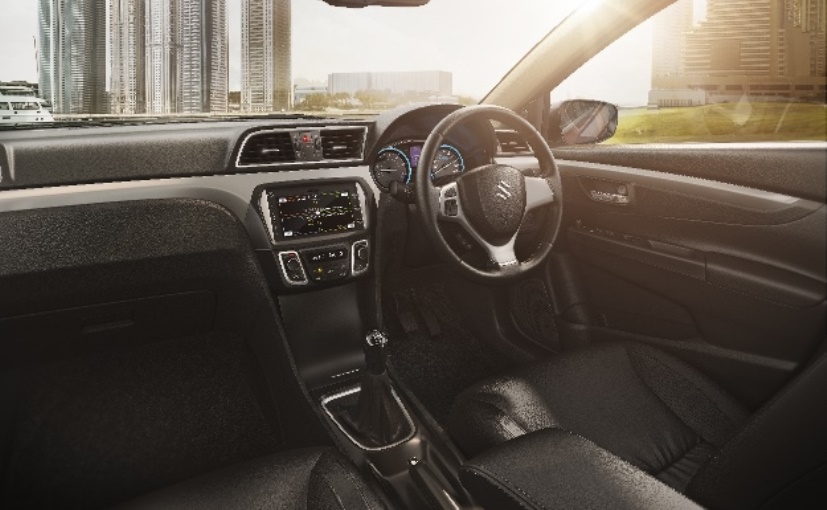 Sporty variant of Maruti Suzuki  comes with a bunch of new cosmetic updates which include premium interior a new sporty body kit, and a large trunk-lid spoiler.

Maruti Ciaz S comes with safety features like dual airbags, ABS with EBD, seat belt pre-tensioner with force limiter, and ISOFIX (child seat restraint system). Ciaz Diesel Smart Hybrid is well known for the fuel efficiency. It is also known for India’s most fuel efficient car with a mileage of 28.09 kmpl. It comes with the projector headlamps and integrated SmartPlay in-car infotainment system.