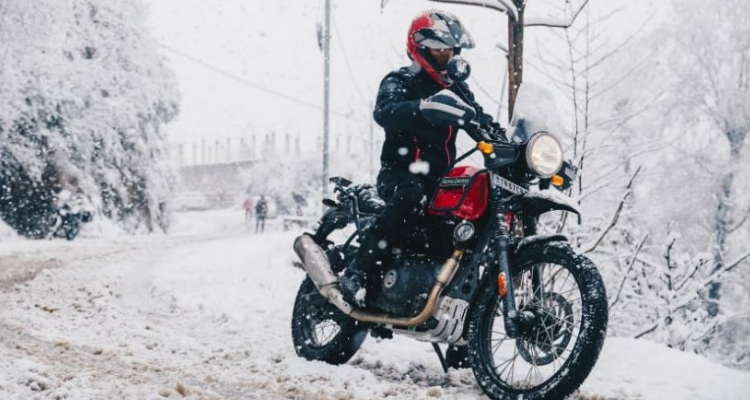 Royal Enfield has launched the BS6 version of Himalayan in India. The BS6 Royal Enfield has been launched at a starting price of Rs. 186,811 (ex-showroom, India). Now Royal Enfield Himalayan comes with a bunch of updates along with the BS6 compliant engine. Now ABS is a switchable option. The ABS can be disconnected from the rear wheel to make an easy slide over the dirt. Now the motorcycle will be available in two new colors Lake Blue and Rock Red along with the existing colors Sleet Grey, Gravel Grey, Granite Black, and Snow White. The Granite Black and Snow White are priced at Rs. 186,811 while the Sleet Grey and Gravel Grey are priced at Rs. 189,565. The Rock Red and Lake Blue colors are priced at Rs. 191,401.

Vinod Dasari, CEO, Royal Enfield India, said “The Himalayan is a distinctive adventure tourer which has performed admirably well, both in India and international markets. Since 2016, the Himalayan has served as a versatile, accessible and un-intimidating ally to many adventures across the world. The launch of the new BS6 Himalayan with its unique features and design functions gives us confidence that it will resonate with riders, setting new standards for adventure motorcycling in the country.”

For the improvement of the braking mechanism of the motorcycle, the company took feedback from current owners. The side-stand on the new 2020 Royal Enfield Himalayan will allow for a little leaner, making it easier to mount and dismount the motorcycle. Lastly, the motorcycle will also have a hazard lamp switch along with a slightly tweaked instrument panel with white backlight.