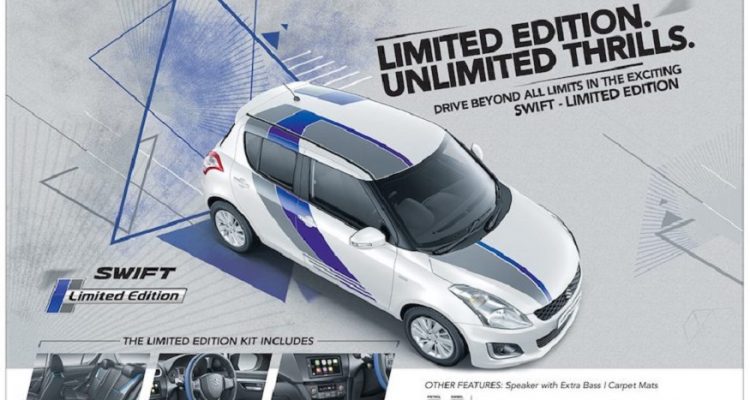 It has new touchscreen infotainment system that supports Android Auto and Apple CarPlay. It also has a new sporty steering wheel and seat covers. It also has updated speakers to deliver richer bass and clearer sound output.

Maruti Suzuki Swift Limited Edition comes with same 1.2-litre petrol and 1.3-litre diesel engines. It offers 83 bhp and 115 Nm of peak torque with the petrol engine and 74 bhp and peak torque of 190 Nm with the Diesel engine. Both engines have 5-speed manual gearbox.