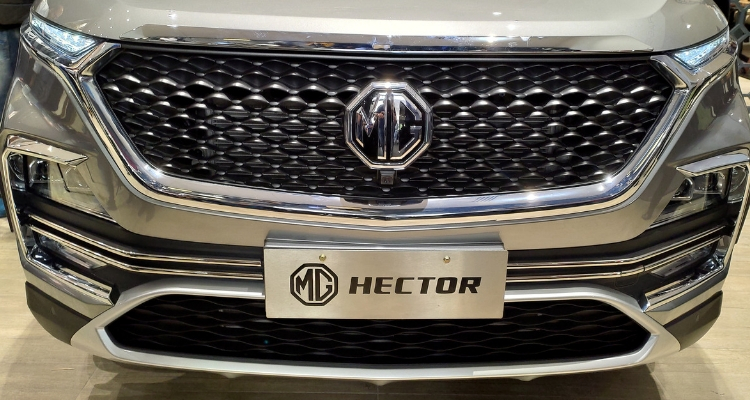 Now everything is open about MG Hector along with the prices. Today company has officially launched much awaited SUV MG Hector at Gurugram India. The company launched SUV at starting prices of Rs. 12.18 lakh (ex-showroom, India) goes up to Rs. 16.88 lakh for the top variant. The first connected car Indian market the Hector comes in four variants – Style, Super, Smart, and Sharp. The company already start operations with 120 centers and in September the number will reach up to 250.

MG Hector, a voice-enabled connected SUV has left no stone unturned gave its technology demonstration with ‘Internet Inside’ badge on the fender and tailgate. The all-new MG Hector comes with the best-connected specification in the Indian market. The 10.4-inch touchscreen comes loaded with entertainment content which allows you to control complete vehicle settings. The infotainment system comes with Geo-Fencing, Real-Time Navigation, Emergency Response, Remote Location, and Indian accented voice assist for a plethora of features. Users can update the software through over-the-air (OTA) downloads like firmware. The New Hector comes with TomTom IQ Maps, Gaana Premium, and AccuWeather preloaded apps. It also gets a machine-to-machine embedded sim, along with the SUV Internet Protocol version 6 which makes it 5G-ready. Until the warranty period is finished, the company will give internet connectivity through the e-sim provided by Airtel. It comes with a premium sound system by Infinity, panoramic sunroof, cruise control, MID, Electronic Stability Program (ESP), Hill Assist, powered seats, and wing mirrors and powered tailgate.

The British brand MG shows more American flavor. The all-new Hector gets a premium look must be admired by buyers. The front is highlighted with a massive black mesh grille with sleek chrome surroundings. Headlamps are mounted in the bumper while the daytime running lights (DRLs) are positioned at the top. The all-new Hector has dimensions 2750 mm and it is 4270 mm long, 1835 mm wide and 1760 mm tall.

Inside the cabin the car gets all-black treatment and the upholstery is finished in soft-touch leather which feels amazing. The design of the dashboard and central console looks premium which is majorly due to the enormous touchscreen which eliminates many buttons. The long wheelbase has also translated into a spacious cabin. 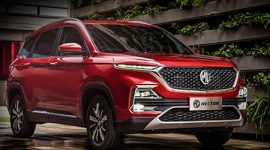