This new XM variant will be positioned between the XE and XT trims. Before this variant, the price difference between entry-level XE and mid-level XT was Rs 70,000.

Tata Tigor XM comes with the same 1.2-litre three-cylinder petrol engine that produces 84 hp of power and 114 Nm of torque. The company also claims the fuel efficiency of 22 Kmpl. The Diesel variant comes with 1.05-litre three-cylinder, Revotorq unit that develops 70 hp and 140 Nm of peak torque. It delivers fuel economy of 26 Kmpl.

It is worth to note that this model does not come in AMT (Automatic Manual Transmission) variant.

This new variant will be available across the country starting September 15, 2017. Tata Motors will launch this model a phased manner. So it may take time in reaching near you. You can contact Tata Motors authorized dealerships for more details about availability. 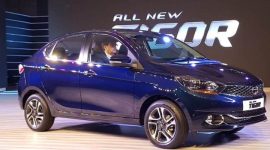 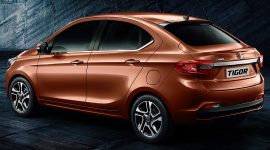